Integrates well with nature and does not harm animals.

The significant advantage of the X-Wind technology lies in the use of the strong and steady laminar winds at an altitude of about 400m. This results in almost continuous power generation.

The availability of the X-Wind electricity generation is in the range of conventional utility-scale power plants.

X-Wind power plants solve one of the major problems of the energy transition: They generate electricity even when most other renewables provide little or no power. This reduces the need for storage technologies or peak load power plants (which use fossil fuels).

They integrate well with nature, do not harm birds, bats or insects, are quiet and almost invisible from a distance.

They can be operated efficiently at many locations worldwide, are largely based on modules of established technologies (parafoil kites, rail system), and can be built with relatively little and mostly recyclable material.

Get in touch to find out more

High-altitude wind energy is not a new invention; there have been successful concepts on the market for decades, as well as recent new developments. Their commonality lies in their ability to tap into the steady and strong wind at high altitudes. What is special about X-Wind is that this technology can be used to realize really large power plants, comparable to nuclear power plants in terms of output and annual energy

High-altitude wind has significant advantages: at higher altitudes, the wind is stronger and steadier than near the ground. In the lower heights up to 150m, i.e. in the area where conventional wind turbines operate, the wind is still significantly influenced by the nature of the landscape (turbulent flow), it is unsteady, and often (in Germany on land between 15 and 20% of the year) so weak that wind turbines do not turn at all. In the range of 300-500m the situation is quite different: the wind is steadier, both over the course of the day and the seasons, the speed is higher and therefore also the energy that can be converted. The wind is rarely too weak to drive a kite – in Germany only typically 6% of the year.

How does it work?

An X‑Wind system consists of three components: a large, fully automatic parafoil kite flies at an altitude of approx. 400m in steady high-altitude winds. The kite pulls, via thin nylon ropes, a so-called „power unit“ on a railroad circuit on the ground. As a generator, the power unit converts the movement into electrical current, generating up to 8 MW power. An X‑Wind circuit of 10km circumferential length can be operated with up to 50 kites / power units and reach outputs of up to 400 MW, corresponding to an energy output of 2.6 TWh per year (which equals the 25% of the output of a nuclear power plant).

Main advantages of the X-Wind technology:

Enormous resource savings (90% less than conventional wind power), low dismantling costs (< 1% of the investment), All components can be renewed individually and are up to 95% recyclable.

X-Wind power plants can be placed almost in any region of the world, also in areas where the wind is too weak for conventional wind turbines.

X-Wind kites can also be launched when there is no wind on the ground: the power unit pulls the kite up to a high enough altitude with sufficient wind energy.

X-Wind power plants have a very good control capability, they can be shut down in less than 20 seconds and can take up to 50% of the installed power from the grid.

In the unlikely event of total technical failure, the parafoil kite (which is made of soft fabric) would gently and slowly sink to the ground.

X-Wind power plants are safe for aviation. They are outfitted with an automatic collision avoidance system.

X-Wind develops and builds innovative high-altitude wind power that can make a decisive contribution to the energy supply of the future.

Compared to other renewable energy sources, the X-Wind power plants have significantly more annual full load hours (in the range of conventional power plants) and thus solve one of the main problems of the energy transition. In the power grid, this reduces the requirements for storage and interconnection, and for X-Wind power plant operators it means higher electricity price revenues, especially at times when other renewables cannot deliver.

Market environment: Electricity demand worldwide is currently around 25,000 TWh/a and will continue to increase; not only for developing countries, but also as a cornerstone of the energy transition: for electrification and for the provision of hydrogen and e-fuels. Today, about 80% (or 136,000 TWh/a) of the world’s primary energy consumption is still based on fossil fuels and needs to be replaced by carbon-free energy.

X-Wind designs, plans and builds airborne wind power plants  for power plant operators, in cooperation with established EPC-contractors. Optionally, X-Wind also takes over the operation of the system via a service contract.

Commissioning of the control station, adaptation of the software 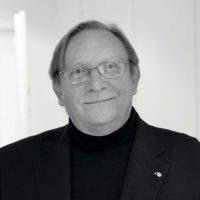 Uwe is a textbook example of an inventor and entrepreneur. After studying aerospace engineering and lightweight construction, he graduated to artificial joints and shortly after founded his first company to market his patents in the field of prosthetics. Uwe successfully placed his company on the Frankfurt Stock Exchange in 1999 and moved from the position of CEO to the company’s supervisory board in 2006.

For more than 20 years, he holds various supervisory and advisory board mandates, is involved in the IHK (among others as chairman of the industry committee of the IHK Berlin), and advises startups and VCs.

Since 2008, Uwe has been involved in the development of high-altitude wind power plants, has written several scientific publications on this topic, including the standard work on high-altitude wind („Airborne Wind Energy“, Springer 2013) and eventually developed and patented the X-Wind technology which led to the foundation of X-Wind Powerplants GmbH.

Advisors and designated board members 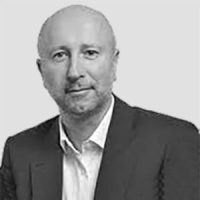 As an economist, Ertu is Partner at Schwarz-Schilling & Partners, a management strategies and corporate finance firm. He successfully led numerous tech companies into their target markets in Europe, Africa, Middle-East and Asia. 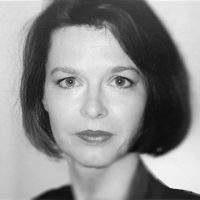 Adelheid holds a degree in economics and business administration and has many years of experience in corporate finance, controlling and tax law, especially in the real estate sector. 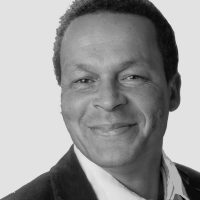 Harouna is a mechanical engineer. As a technology expert, he was successfully involved in various projects in the area of solar, wind and passive energy saving. He was project lead for the system design of X-Wind’s first prototype. 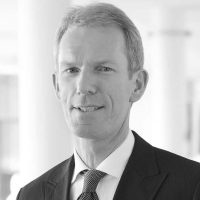 Thomas has over 20 years of professional experience with large scaled energy- and process-related projects in project development and project execution phases. He has built up relationships with clients and team members internationally over all continents. 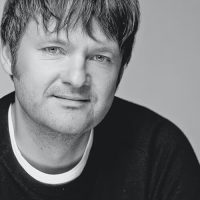 Florian is an electronics and computer science engineer with many years of experience in the communications and technology industries. Recently, he focuses on consulting as well as startup collaborations as a business angel.